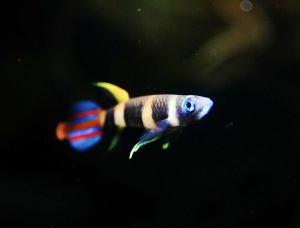 Dr. Charles W. McNett, Jr. passed away on Saturday, September 5, 2020 at Homewood at Plum Creek Nursing Home in Hanover, Pennsylvania.  He was 83.

He earned his PhD from Tulane University in Archaeology.  He was an instructor at Bethany College and lecturer at West Virginia Academy of Sciences and professor at the East Stroudsburg University where he met Eva Friederike Hess and married in 1964.  He then took a professorship at Baylor University for three years, after that teaching and researching at the American University from 1967 until 2000.  He was Professor Emeritus until his passing.  Extensively published, he was awarded the Lifetime Achievement Award by the Middle Atlantic Archaeological Conference in 1999.

His unconditional love for his family was only matched by the love of international food and New Orleans jazz and culture.  He was active in the American Killifish Association breeding and showing tropical fish from his collection.  He enjoyed spending time with family and friends at various gun clubs and traveled to many shooting and collector’s events across the Eastern US with his wife, Eva.  He was an accomplished rifle and pistol shooter, member of the Columbia Schützenverein and the American Single Shot Rifle Association.  Charlie also enjoyed fly fishing on the Beaver Kill and any other suitable body of water.  Over the years he eagerly passed on these passions to his two sons and granddaughters.

He will be dearly missed by his family, many friends, and distinguished colleagues.

Following cremation, services will be held on a date to be determined when it is safe for all to gather.

In lieu of flowers, contributions may be made to the Maryland Archaeological Conservation Laboratory at Jefferson Patterson Park and Museum.  Checks should be made out to the Maryland Historical Trust, with the note field reading: “for the MAC Lab in memory of Dr. McNett”.  Please mail your contributions to: Jefferson Patterson Park and Museum, Attn. Patricia Samford, 10515 Mackall Road, St. Leonard, Maryland 20685.

The Kenworthy Funeral Home, Inc., 269 Frederick Street, Hanover, PA has been entrusted by the family. Memories and condolences may be shared at www.kenworthyfh.com.

To send flowers to the family or plant a tree in memory of Dr. Charles W. McNett, Jr., please visit our floral store.