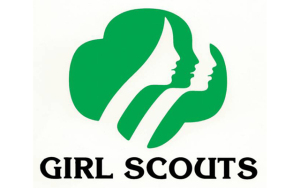 Born November 13, 1922, in Breslau, Germany, she was the daughter of the late Paul Karl and Berta Margarete (Warmbrunn) Sattler.  Inge was the loving wife of the late Fred C. Sitzler with whom she shared 73 years of marriage until his passing on October 25, 2015.

After immigrating to the United States in 1949, the family lived in Baltimore, MD, where they were active members of the Club Fidelitas and became naturalized citizens.

After the family moved to Mechanicsburg, PA, Inge became an avid adult member of the Girl Scouts acting as a troop leader and volunteer.  She took several troops abroad to the Girl Scout Chalet in Switzerland. She remained active from 1963-1988 and was ultimately awarded the Girl Scout Thanks Badge, which is the highest honor in Girl Scouts.

During her time in Mechanicsburg, Inge was also an active member and served as president of the Camp Hill Women’s Club, an active member of the Holy Spirit Auxiliary, and the League of Women Voters.

After her husband’s retirement, Fred and Inge moved to Hanover.  Inge immediately continued her life of volunteering.  She became involved in the Hanover Hospital Auxiliary, and served as President of the Homewood Auxiliary after they moved into Homewood at Plum Creek.

Along with volunteering, Inge enjoyed traveling, reading, knitting, crocheting, and the many other activities offered at Homewood.  She especially enjoyed spending time with her friends and family and could often be found playing games with her friends the Sonntags.

Due to COVID-19, services will be private and at the convenience of the family.  A public service will be held at a date when all can be together safely.

Inge and her family were very grateful for all of the excellent care she had received from the staff at Homewood during all of her years there.

In lieu of flowers, the family is asking that memorial contributions in Inge’s name be made to either the Homewood Benevolent Fund c/o Homewood at Plum Creek, 425 Westminster Avenue, Hanover, PA 17331 or the Girl Scouts (Hemlock Council) at https://www.girlscouts.org/en/adults/donate/donate.html

The Kenworthy Funeral Home, Inc., 269 Frederick Street, Hanover, PA has been entrusted by the family with the funeral arrangements.  Memories and condolences may be shared at www.kenworthyfh.com.

To send flowers to the family or plant a tree in memory of Ingeburg M. Sitzler, please visit our floral store.