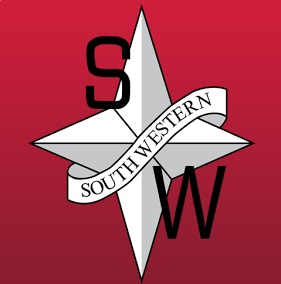 James Robert “Bob” Wingert, Jr., 90, of New Oxford, PA, formerly of Hanover, PA, entered God’s eternal care, Monday, August 8, 2022, at the Brethren Home with his loving sons by his side.

Bob was a 1950 graduate of Waynesboro High School, attended Washington & Lee University, and graduated from Gettysburg College in 1954 with a B.A. in Economics.  His pride and love for both schools ran very deep.

Following his military service, Bob began his career in Personnel and Labor Relations. Most notably, Bob was the Director of Industrial Relations at Hanover Brands for nine years, before going on to become the Corporate Director of Human Resources at Dentsply International for fifteen years until his retirement in 1995.

A man of many interests, Bob enjoyed watching sports of any type and was especially devoted to attending any of his son’s or grandchildren’s games.  He also loved fly fishing, landscaping and flower gardening, following politics, crossword puzzles, bird feeding, pies of any kind, and perhaps most of all, being in Montana with his family and friends.  A self-taught historian, he was an avid reader of the Civil War, WWII, Western history & fiction, classic authors and biographical books of all types as well as a great lover of jazz, big band and classical music.  At heart, Dad most loved just being around his family and grandkids for dinners and sports, and always found serenity when smoking his pipe during which he would share his wisdom and wit.

A Celebration of Life will be held at 4:00 PM, Sunday, August 28, 2022, at First United Methodist Church, 200 Frederick Street, Hanover, PA, with the Rev. Dr. Michael Brossman.  Burial will be private and at the convenience of the family.  For those unable to attend the service will be livestreamed at www.kenworthyfh.com

Memorial contributions in memory of Bob may be made to: Jay Wingert Key Club Memorial Award, 225 Bowman Rd., Hanover, PA 17331 or online at https://southwestern.revtrak.net/dollars-for-scholars/

The Kenworthy Funeral Home & Crematory, Inc., 269 Frederick Street, Hanover, PA is assisting the family with funeral arrangements.  Memories and condolences may be shared at www.kenworthyfh.com.

To send flowers to the family or plant a tree in memory of James Robert "Bob" Wingert, Jr., please visit our floral store.

A Memorial Tree was planted for James Robert "Bob"

We are deeply sorry for your loss - the staff at Kenworthy Funeral Home & Crematory, Inc.

Join in honoring their life - plant a memorial tree

Video is available for this event