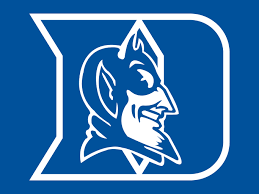 John C. Rudisill, Jr., of Hanover, passed away suddenly at home on Tuesday, August 25, 2020.  He was the beloved husband of Barbara (Sponseller) Rudisill for 64 years.  They were married on June 10, 1956, having been a couple since high school.

John grew up in Hanover, graduating from Eichelberger High School in 1952.  He went on to attend Duke University, graduating in 1956 with a degree in Electrical Engineering.  He then obtained a Master of Engineering Administration degree from George Washington University in 1960.  He was a second lieutenant in the U.S. Air Force Reserves and worked for IBM before having long careers in management at Corning Glass in Raleigh, NC and Medfield, MA an Avery Dennison in Framingham, MA.

He and Barbara retired to the Chesapeake Bay area of Maryland where they spent a number of years before returning to their childhood home of Hanover.

John and Barbara were avid collectors and dealers of Currier and Ives lithographs for over 60 years.  They remain well known in the field as proprietors of Rudisill’s Alt Print Haus.  They were members of the American Print Collector’s Society for many years.  John was the impetus behind a website called “A Gallery of Currier & Ives Lithographs”, which has endeavored for the past 20 years to catalog an illustrate every Currier and Currier & Ives lithograph ever produced.  John and Barbara were also avid antique collectors, had the opportunity to travel to many destinations both here and abroad and enjoyed watching baseball and basketball, especially the Duke Blue Devils.

John was a wonderful husband, father and grandfather who is and will be terribly missed by his wife, children, and grandchildren.

To send flowers to the family or plant a tree in memory of John C. Rudisill, Jr., please visit our floral store.