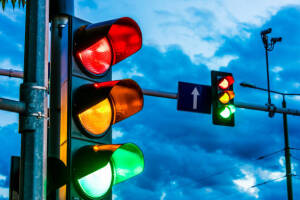 Robert Frederick Forster, 80, of Hanover, PA, passed away on Friday, October 29, 2021. It was a quick ending to a life much longer and happier than Bobb ever expected.

Born June 3, 1941, in Baltimore, MD, he was the son of the late Frederick and Emma D. (Green) Forster. He grew up in some of the roughest and poorest neighborhoods in the city, but with the knowledge that his parents did the best that they could at the time.

Bobb was a 1960 graduate of Patterson High School in Baltimore. While taking classes at Baltimore Junior College, he met the prettiest and smartest girl he would ever know. Even though she was shy and studious and he was an outgoing jock, he made the best decision of his life in asking her on a date and later asking for her hand in marriage. This year, he and his wife Susan A. (Lantz) Forster celebrated their 58th wedding anniversary.

He worked as a traffic inspector for Baltimore County Traffic Engineering for almost 40 years and was especially proud of being able to help to calm irate citizens, find creative solutions to traffic safety concerns, and work tirelessly through snow emergencies to keep the county running smoothly. The date of his retirement, June 30, 2003, was recognized as “Robert Frederick Forster Day” by the Baltimore County legislature in celebration of his dedicated service to the citizens of Baltimore County.

In his spare time, Bobb enjoyed photography, computers, camping, rehabbing houses, eating steamed crabs, and visiting yard sales. He will be remembered for his adventurous stories, some told more than others, but all of them true. Most of all, he loved spending time with his family, for whom he built a life of stability, safety and love.

In addition to his loving wife, Susan, Robert is survived by his daughters, Robyn Fisher of Hanover, PA, and Amy Miller of Catonsville, MD. He will be remembered as the kind of father who never missed an opportunity to cheer on his kids and he was incredibly proud of the families and the lives that they created. Just the mention of his four grandchildren, Jeremy and Zoe Fisher and James and Henry Miller, was enough to light up his whole day.

Following cremation, services will be private and at the convenience of the family.

In lieu of flowers, please send photographs and memories to his family via email to clutterbobb@gmail.com so that they can continue to share his stories.

The Kenworthy Funeral Home & Crematory, Inc., 269 Frederick Street, Hanover, PA has been entrusted by the family with the funeral arrangements.  Memories and condolences may be shared at www.kenworthyfh.com.

To send flowers to the family or plant a tree in memory of Robert F. Forster, please visit our floral store.

You can still show your support by sending flowers directly to the family, or by planting a memorial tree in the memory of Robert F. Forster
Share a memory
© 2021 Kenworthy Funeral Home, Inc.. All Rights Reserved. Funeral Home website by CFS & TA | Terms of Use | Privacy Policy